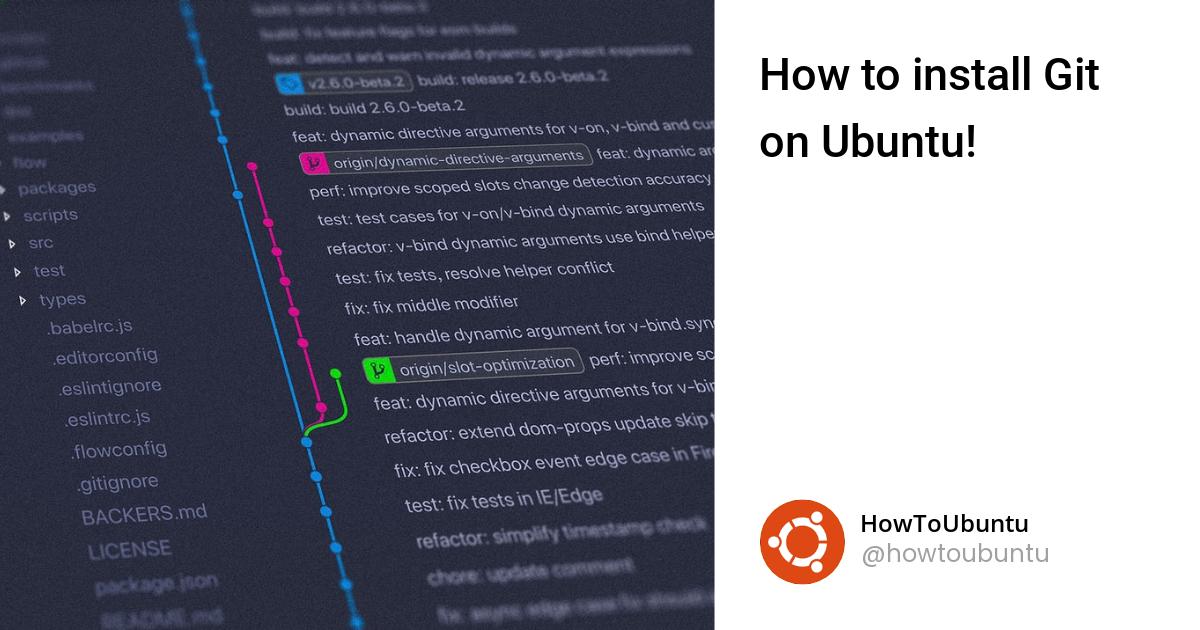 How to install Git on Ubuntu!

Credit goes to Boyan Iliev for giving me this idea!

Checking to see if already installed

The option of installing with default packages is best if you want to get up and running quickly with Git, if you prefer a widely-used stable version, or if you are not looking for the newest available functionalities. If you are looking for the most recent release, you should jump to the section on installing from source.

Git is likely already installed in your Ubuntu server. You can confirm this is the case on your server with the following command:

However, if you did not get output of a Git version number, you can install it with the Ubuntu default package manager APT.

First, use the apt package management tools to update your local package index.

With the update complete, you can install Git:

You can confirm that you have installed Git correctly by running the following command and checking that you receive relevant output.

That’s it, you have successfully installed Git on your Ubuntu Server and you can start using it!

Make sure to do in the directory you want.