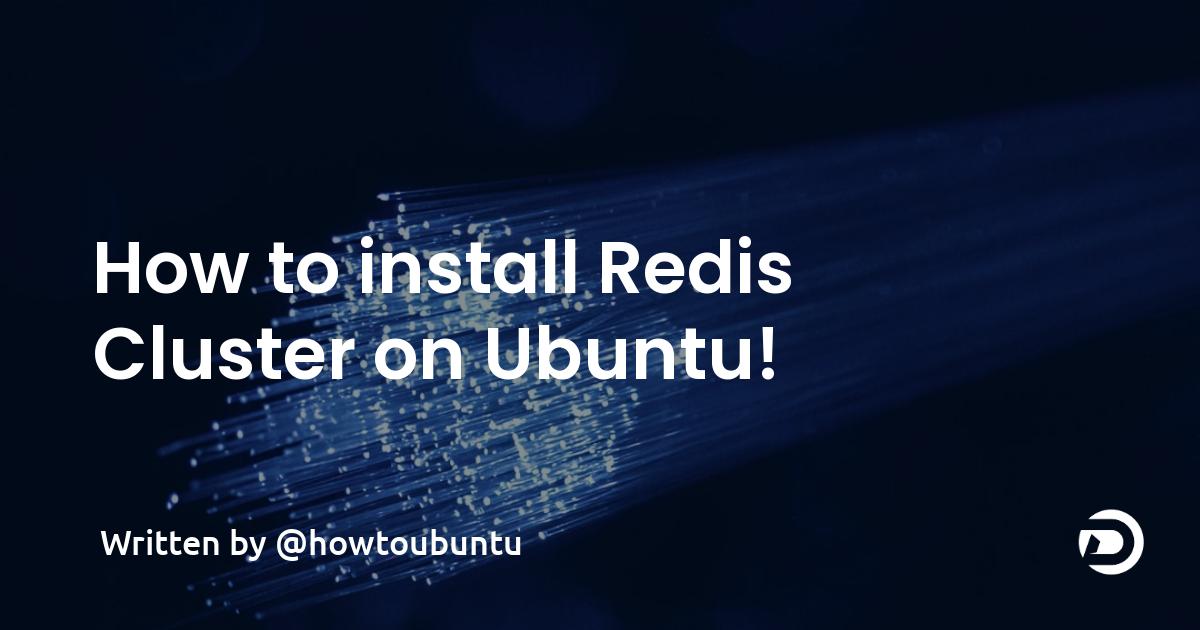 How to install Redis Cluster on Ubuntu!

What is Redis Cluster?

Redis Cluster provides a way to run a Redis installation where data is automatically sharded across multiple Redis nodes. ... The ability to continue operations when a subset of the nodes are experiencing failures or are unable to communicate with the rest of the cluster.

Installing Redis on Ubuntu is a straightforward process.

Redis version 5.0.x is included in the default Ubuntu 20.04 repositories. To install it run the following commands as root or user with sudo privileges :

Once the installation is completed, the Redis service will start automatically. To check the status of the service, enter the following command:

Redis service will fail to start if IPv6 is disabled on your server.

That’s it. You have Redis installed and running on your Ubuntu 20.04 server!

By default, the Redis server doesn’t accept remote connections. You can connect to Redis only from 127.0.0.1 (localhost) - the machine where Redis is running.

If you are using a single server setup, where the client connecting to the database is also running on the same host, you should not enable remote access.

To configure Redis to accept remote connections open the Redis configuration file with your text editor:

If your server has a private IP, and you want Redis to be reachable only from the private network instead of commenting the line, the private IP address after 127.0.0.1.

Save the file and restart the Redis service for changes to take effect:

Use the following command to verify that redis is listening on all interfaces on port 6379:

You should see something like below. 0.0.0.0 means all IPv4 addresses on the machine.

Next, you’ll need to configure your firewall to enable traffic on TCP port 6379.

Typically you would want to allow access to the Redis server only from a specific IP address or IP range. For example, to allow connections only from the 192.168.121.0/24 subnet, you would run the following command:

Make sure your firewall is configured to accept connections only from trusted IP ranges.

At this point, you should be able to connect to Redis on TCP port 6379 from remote locations.

To verify that everything is set up properly, you can try to ping the Redis server from your remote machine using the redis-cli utility:

The command should return a response of PONG:

That’s it, you have successfully installed Redit Cluster on your Ubuntu Server and you can start using it!