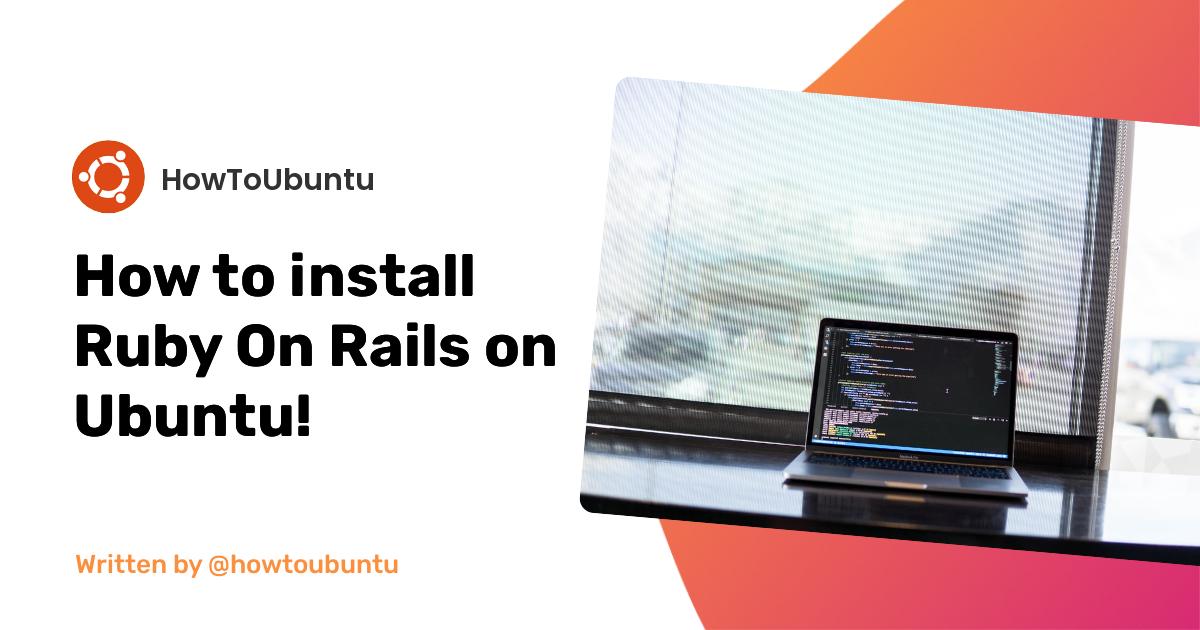 How to install Ruby On Rails on Ubuntu!

What is Ruby on Rails?

Ruby on Rails is one of the most popular application stacks for developers looking to create sites and web apps. The Ruby programming language, combined with the Rails development framework, makes app development simple.

Next, install the dependencies required to install Ruby:

Once the dependencies download, you can install rbenv itself. Clone the rbenv repository from GitHub into the directory ~/.rbenv:

If you recieve an error on the git command follow my tutorial on how to install Git on Ubuntu by clicking here.

Next, add ~/.rbenv/bin to your $PATH so that you can use the rbenv command line utility. Do this by altering your ~/.bashrc file so that it affects future login sessions:

Then add the command eval "$(rbenv init -)" to your ~/.bashrc file so rbenv loads automatically:

Next, apply the changes you made to your ~/.bashrc file to your current shell session:

Verify that rbenv is set up properly by using the type command, which will display more information about the rbenv command:

Installing Ruby can be a lengthy process, so be prepared for the installation to take some time to complete.

Once it’s done installing, set it as our default version of Ruby with the global sub-command:

Verify that Ruby was properly installed by checking its version number:

If you installed version 2.5.1 of Ruby, your output to the above command should look something like this:

That’s it, you have successfully installed Ruby on Rails on your Ubuntu Device and you can start using it!