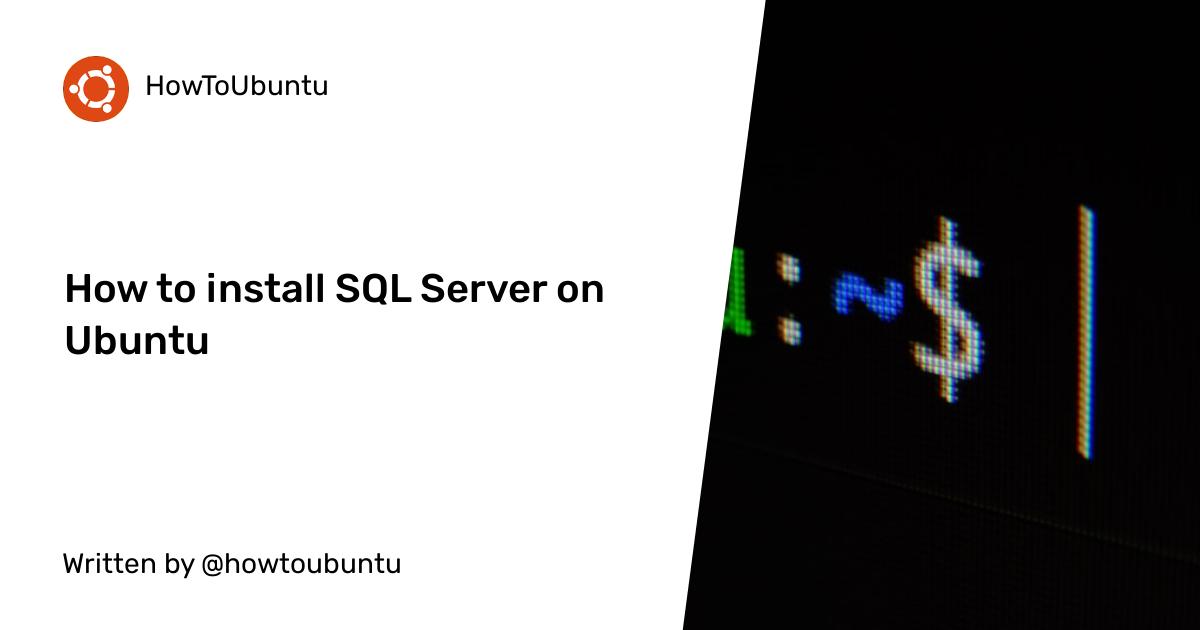 How to install SQL Server on Ubuntu

With this, the package is installed. To completely install SQL Server on Ubuntu we need to run the mssql-conf setup and follow the prompts. Also, a strong password is recommended for the creation of SA account (Minimum length of 8 characters, including both uppercase and lowercase letters and base 10 digits or/and non-alphanumeric symbols). To continue the setup run the following command:

Running these commands will try to download the latest package, afterwards replace the updated binaries which are located under /opt/mssql. No user-generated databases or system databases are affected with this operation.

The installation is also done from the Terminal:

For non-login and interactive sessions, the PATH needs to be modified accordingly:

In addition to SQL Server Tools, SQL Server Agent can also be installed as an addition after we install SQL Server on Ubuntu to manage and run scheduled jobs.

After that, connecting to the server in SSMS shows up that the SQL Server Agent is running.

If the server is not running, it can be started by running the command:

Verify that the firewall has allowed the port 1433 which SQL Server is using by default. First we need to check the status of the ufw, which is Ubuntu’s Uncomplicated Firewall , by running the following command and entering the password for the account:

You should a response of

To allow a port through the ufw, run the following command: